More organizations these days are establishing and embracing test automation practices, and with good reason. Automated testing allows developers and testers to increase their effectiveness during the software development process. Instead of spending days manually going through an application and repeating the same actions over and over, teams can leverage the power of automation to help catch issues quickly before they reach the hands of their customers.

However, some teams with automated test suites don't run them as frequently as they should. They only use test suites use them on occasion, executing the tests manually while they work. For these organizations, they're missing out on an excellent opportunity to make the most out of their test automation strategy. It's valuable to have an automated test suite that can validate the state of your application at any given time. But if the tests don't run continually, their value diminishes rapidly.

What Is Continuous Integration?

These days you have plenty of CI services at your disposal, from self-hosted environments to cloud and enterprise systems. Most of these services are simple to set up and don't require a dedicated DevOps team to handle them. Modern testing tools can easily integrate with most CI systems, helping you go from local testing to continuous integration testing seamlessly.

If your organization or development team is on the fence about the benefits of continuous integration, here are some reasons why you may want to consider implementing a CI pipeline in your project.

All software development projects, big and small, will inevitably have bugs. As a project evolves, you'll deal with complexity, ever-changing requirements, time crunches and many other issues that increase the probability of errors popping up. It's impossible to avoid making mistakes. However, good software developers and testers know that the key isn't to prevent errors but to recover from them as quickly and efficiently as possible.

Fixing bugs when they’re discovered is cheaper and much more effective compared to fixing them weeks or months later. In a 2010 study done by the Systems Sciences Institute at IBM, researchers found that software defects can cost 6.5 times more when fixed during implementation than during the design phase. The same study showed fixing bugs cost 15 times more during the testing phase and 100 times more when the project is in maintenance. No matter where you are in a project, patching bugs quickly makes a huge difference in time and money wasted.

The main reason behind the drastic difference in cost is that the more time that passes between a code change and discovering a bug, the more difficult it is for the developer to figure out the root cause. The work won't be fresh in their mind, so they'll need to spend time remembering what they did previously. Other developers may have modified the same sections of the codebase later, so the developer will also have to understand additional changes before attempting to fix the bug. It can become a long process to get back to a state where developers can feel confident in patching up their code.

Using continuous integration with a well-built automated test suite eliminates most of these problems because the team will quickly know a recent change caused a defect somewhere. If the team analyzes the issue when they receive an alert, they can take much quicker action than if they discovered the bug later. Early detection can significantly reduce how much time and effort your developers and testers spend on an issue.

You'll Increase Accountability With Your Team

No matter how much time you spend on building your automated test suite, you'll inevitably reach a point where some of your tests fail. The failure can happen due to recent changes in the codebase or environment under test, or it could be an intermittent failure that no one can seem to track down. Regardless of the reason, it’s good to notify the team about failing tests immediately and in a prominent place where the whole team can see them.

Unfortunately, many testers take the easy way out and push the failing tests aside to silence these alerts. They either mark the failing tests as pending, delete the test or even go as far as silencing all notifications. It begins with what seems like a justifiable moment. The testers making these decisions usually have some reasoning for taking this route, like saying, "Oh, I'll fix that next week after I have some time and turn on notifications again." You can guess what usually happens next—one week turns into two weeks, which turns into a month and so on. Before you know it, your automated test suite becomes less valuable as the project moves forward.

To have a successful software development project, all stakeholders in the team must bear the responsibility of the project's health. For developers and testers, it's easier to determine the state of the application at any given time since they're hands-on with the work. But it's harder for other team members who aren't immersed on the technical side, like project managers and designers. Without a way to make the project's health visible to everyone, you're missing a valuable opportunity to have others contribute in the best way they can.

You can avoid this problem by using continuous integration to run your tests automatically. Most continuous integration systems allow you to send alerts when an issue arises. For instance, your CI service can send a message to Slack when a test fails, alerting the team of potential problems. You can also configure additional tasks such as generating reports and aggregating metrics to send to non-technical stakeholders to help them better understand the current status of the project. When the relevant people have the information they need at their disposal, the project can move ahead smoothly.

For many testers, the bulk of their work consists of performing the same tasks repetitively. Every day, they fire up the application they're responsible for testing and go through the actions of clicking buttons and filling forms like they did the day before. It can become a dull, mundane routine. Automated testing can free them up from this cycle, letting continuous integration take care of the repetition.

Of course, it's great to give your team a break from redundant tasks. However, the main benefit of test automation and setting them up in a CI service isn't to liberate testers from potentially tedious work. It's to free them up to spend more of their workday on higher-value testing tasks. For instance, they can spend more time poking through the application with exploratory testing, which can smoke out bugs that automated testing won't find.

Automated tests are great at handling regressions, making sure new changes don't break the application. But it can only cover the areas that have test scenarios written for them. If a QA engineer or developer creates a new feature but skipped on writing automated tests, you'll have a gap in that functionality. No continuous integration system can go beyond what's defined in the test suite.

A common mistake many organizations make when shifting to test automation is that they go all in. They focus solely on automating as much as possible, forgoing any other kinds of testing. But automated tests aren't a silver bullet, and they won't solve all the testing team's problems. As a project grows, it'll have plenty of areas lacking test coverage. Freeing up the team to go beyond what continuous integration does will undoubtedly improve the health of your project.

You Can Automate More Than Just Tests

These tasks barely scratch the surface of what modern continuous integration services can automate. Continuous integration can help your organization perform repetitive actions that computers can deal with better. If your project requires the team to do something at specific points of the development process, like merging a pull request or setting up a recurring task to run on a schedule, look at including it as part of your CI implementation.

A continuous integration environment is an integral part of modern testing teams. It can help eliminate the repetitive, mundane aspects of manual testing and ensure you're getting the most out of your test automation. If you're only running your automated tests sporadically, you're getting far less value out of them than you could get.

Continuous integration can provide the entire team with better insight into the project's health by generating reports and valuable metrics. Developers can receive feedback as soon as they commit new changes, saving tons of effort in correcting the inevitable issues that arise during development. Testers will have more time to work on high-value tasks. Finally, CI services can handle almost all of your workflows automatically.

This article was originally published on the Telerik blog. 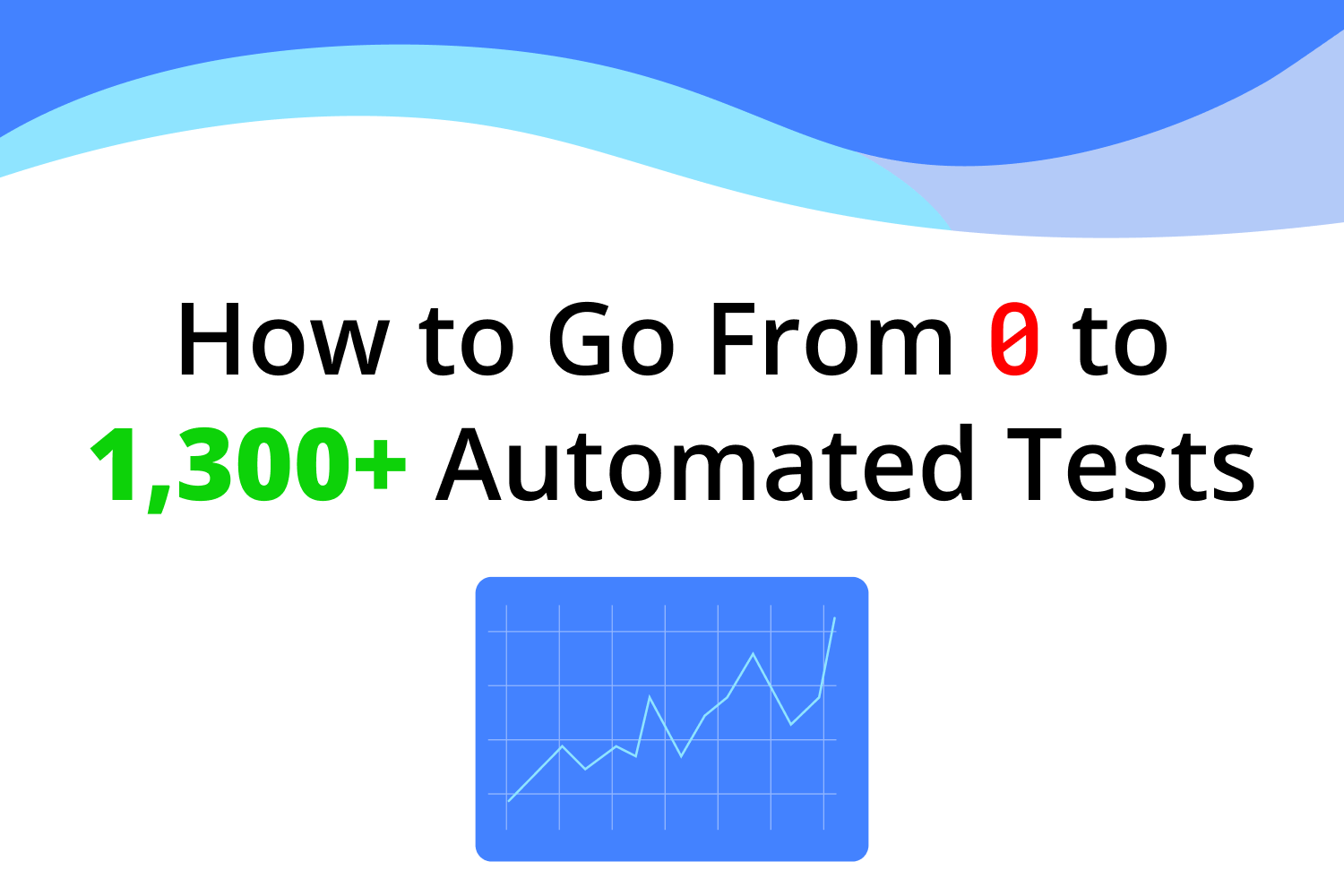 Building an automated test suite when a project has no tests can seem impossible. But it can be done by taking action and with a little patience. 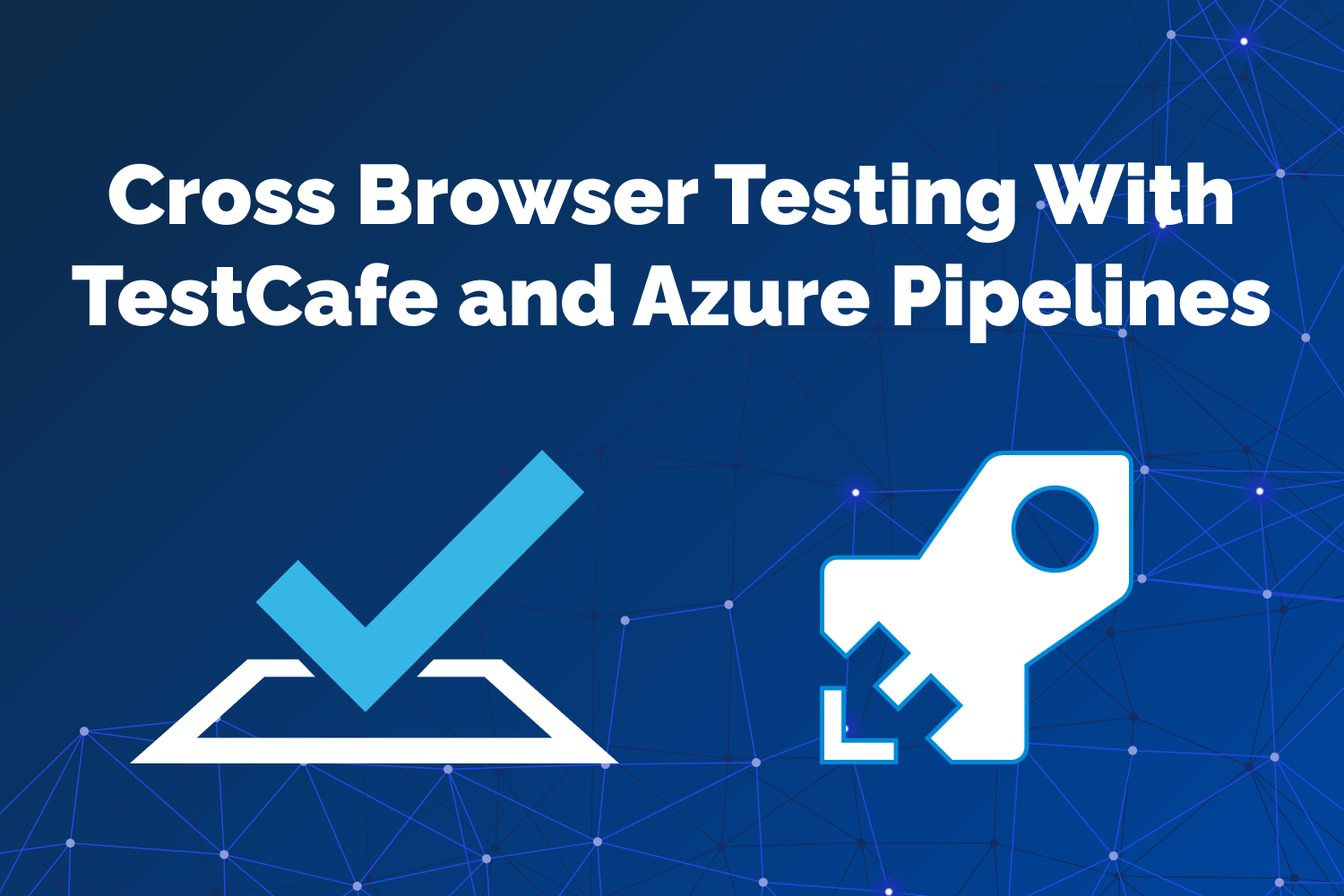 Learn how simple it is to run cross browser end-to-end tests without external services using TestCafe and Azure Pipelines.