Any tester currently looking for a job, whether it's their first professional gig or they're looking for a fresh new challenge, knows how taxing the process is for them. Between searching for the right opportunities, crafting an appealing resume, and sending it out in hopes of receiving a response, it can become a long, drawn-out process with no guarantees of success.

In most cases, trying to land a job for a company where you don't have any referrals or acquaintances is a crapshoot. It's easy for an organization to pass over an ideal candidate at first glance because they didn't provide enough details about their capabilities. But it doesn't have to be that way. You can do your part by providing as much information as possible to whoever's scanning your profile. The most common form of doing this is by having a portfolio that proves you can fulfill the role the company is looking for.

Unfortunately, most testers I've met don't have much to show prospective employers beyond their work experience on their resumes. I've asked a few why they don't have something for validating their knowledge to someone who doesn't know them. Some believe that building a portfolio of work is a waste of time because recruiters or interviewers never look at them. Others worry that they don't have enough material to build their portfolio.

I've been able to help hire technical employees, primarily for smaller startups. I've observed that including a portfolio of work in their job application can mean the difference between a candidate getting called for an interview and a candidate having their resume discarded without a second look. While not having a portfolio isn't a dealbreaker, and many people get hired to new roles without having one, it will likely give you an advantage over most people looking at the same job.

If you're currently seeking employment but don't have a portfolio available to send with your resume, you're doing yourself a disservice. Having one at hand will likely increase your chances of landing that job you have your eye on. The following sections are good places to start constructing a portfolio that will become useful for your current and future job hunts.

The typical resume contains a list of the most recent places the tester has worked with and an abbreviated list of work experience during their time at the company. It's a necessity to have this available to any prospective employer so they can know what the candidate has done on a professional level. However, a resume isn't the place to include all the details about their role and everything they've done during their career. It's difficult for any candidate to distinguish their accomplishments and talents in over a handful of sentences in a page or two.

That's where a portfolio shines. Candidates won't have any constraints when building a portfolio of their work, so they have free reign to include all the details they want to emphasize to a prospective employer. This information will provide some much-needed context from the few details written in a resume and help paint a clearer picture of what the candidate can do in a given role, filling the gaps in a resume's work experience section.

When including past professional work details in a portfolio, share as much as you're able to do. Clearly explain your role for the different projects, including screenshots or direct links to the project itself if it's available publicly. Anything that can help someone who doesn't know you figure out precisely what kind of work you did for an organization will give you an advantage over those who just wrote a brief paragraph on their resume.

Sometimes, it's impossible to include past work projects for different reasons. For example, a tester might have signed a non-disclosure agreement that prevents them from discussing details of their work. Another example is when a tester seeks their first job in the field and doesn't have any relevant work experience. In these scenarios, it's up to the candidate to create something to include in their portfolio. Thankfully, it's easier than ever these days to build some example projects and have them publicly available.

Open-source software allows anyone to create useful projects without spending a penny. You can find countless videos and books that will teach you how to use these systems and inspire what you can construct for your portfolio. Building something on your own also demonstrates initiative, which always gets bonus points from a prospective employer. For instance, if you want to get hired as a test automation engineer but don't have previous work experience, you can build a small project that uses a test automation framework running a few test cases. Even better, you can check the automation tools mentioned in the roles you're looking at and use those for your project.

The most common issue that holds people back from building helpful examples for their portfolios is that they overthink what they need to develop. Most testers think they need to have a full-blown project and spend weeks making something worthwhile. Perfectionism kills their efforts before it starts. All you need are the basics of something functional to show you know what you're doing. You can check YouTube and learn how to build the project if you don't have the skills yet, and set up the code on GitHub where any employer can check it out. Besides your time, you won't have to spend anything to do this.

Include experimental projects even if not directly related to the role

As humans, we tend to have different interests at different times. Those traits also apply to our work. Many technical knowledge workers, particularly developers, tend to dabble in various topics and spend their time creating experimental projects for learning purposes. Many testers don't discuss or include these types of projects as part of their portfolio because they feel that it's entirely irrelevant for employers. I argue that it's more than relevant to helping your chances at landing a job.

These side projects add a ton of value to a candidate because it shows initiative and the willingness to take on new things. In the past, while helping interview candidates, I would specifically target any project in someone's portfolio if it didn't directly relate to the job they applied for. These discussions often yielded valuable information that gave the candidate a leg up on the competition. I would discover other abilities that would be incredibly useful for the company.

Depending on the company you want to work for, these seemingly-irrelevant projects can make you a more attractive prospect since a cross-functional employee adds a ton of value to any team. It doesn't mean you should include everything you've ever done in your portfolio. Whatever you include should be loosely related to the role you want. For instance, if you're applying for a tester role at a tech startup, including things like your YouTube channel that talks about music creation or cooking aren't particularly useful.

What NOT to include in a portfolio

Just as important as what to include in a work portfolio is what not to include. You shouldn't include everything you've done on the side for the sake of filling up your portfolio. Interviewers can usually detect when a candidate is trying to embellish their resume or portfolio, either when they scan it before an interview or during your chat with them. There are also some cases where you shouldn't include it for contractual reasons. Here are some items you should keep off your portfolio:

In short, keep your portfolio lean with factual information that you can share. Don't overdo it by adding too much or including unimportant details, as it'll make things difficult for employers to focus on the essential points you want to make. If possible, create targeted portfolios for the companies you're primarily interested in working for with highly-relevant information for their job description. It's a sure-fire way of making you stand out at the places where you would love to get hired.

Looking for a job is tough, especially when applying to someplace where no one knows you or your work. You can give yourself an advantage by putting together a portfolio of relevant details to provide your interviewers with a better idea of what you bring to the table. Most testers think that companies don't bother looking at a portfolio, but they do, and it can mean the difference between getting hired and getting looked over.

A portfolio doesn't have to be fancy or slick, as long as it has enough to show that you have the skills and ability to be the one for the job. Including examples of past work related to the role you want will give context to your resume. Adding projects you've done on the side always shows initiative. Also, make sure you include anything else that's loosely related to the job you want since it allows you to showcase your unique skills that can add value to any team and aren't covered elsewhere.

Companies spend too much time sifting through job applications, and without something to demonstrate your skills, you risk getting shoved aside despite your qualifications. A portfolio can help testers distinguish themselves from the rest of the pack by highlighting significant, valuable examples of their past work. It can be the key to escaping unfulfilling work and unlocking your next dream job.

Do you have a portfolio to show employers when applying for a job? If you do, what details do you include? If you don't, what's your reason? Whatever your response is, share it with your fellow testers in the comments below! 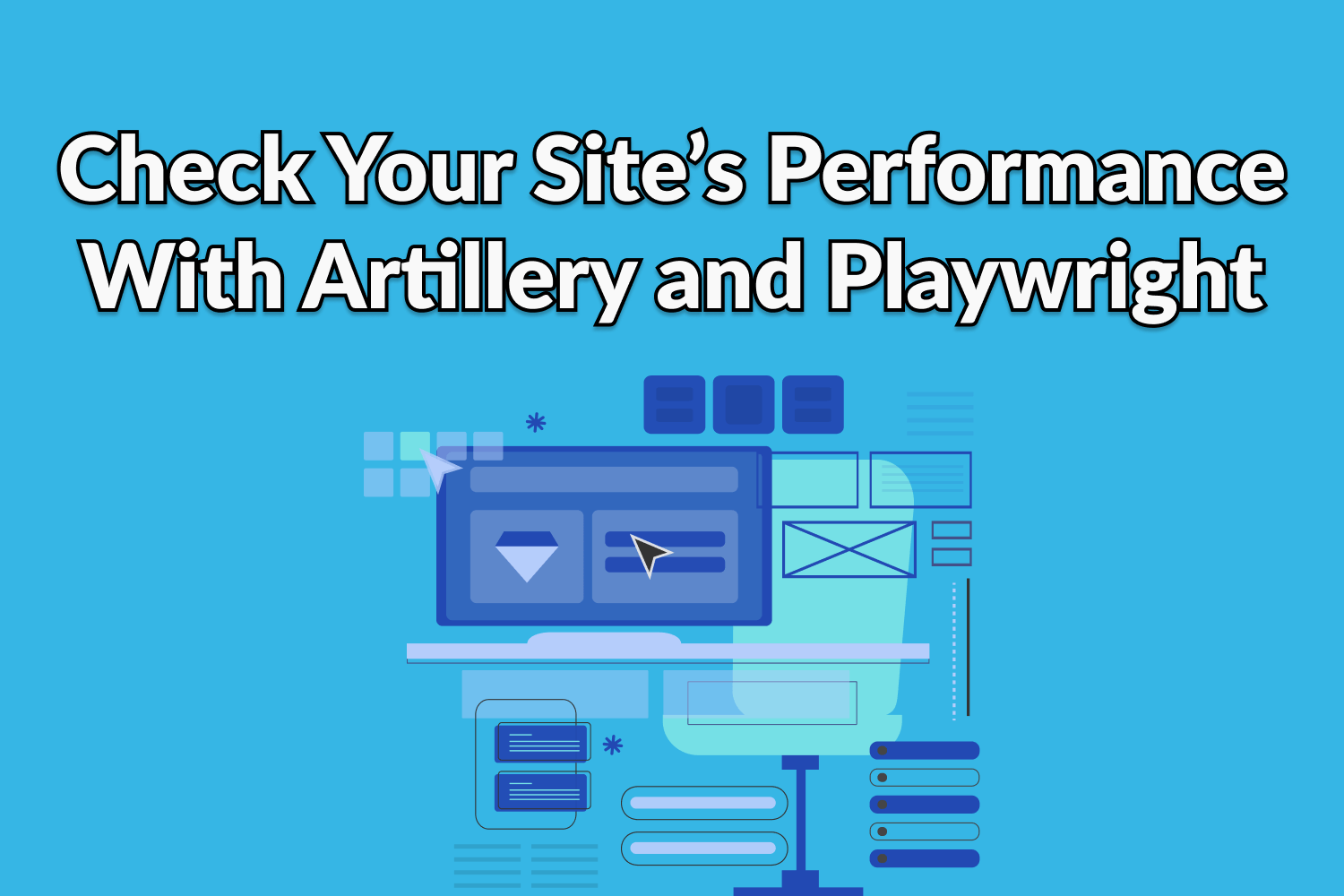 Learn how Artillery and Playwright can work together to keep track of the performance of your web applications. 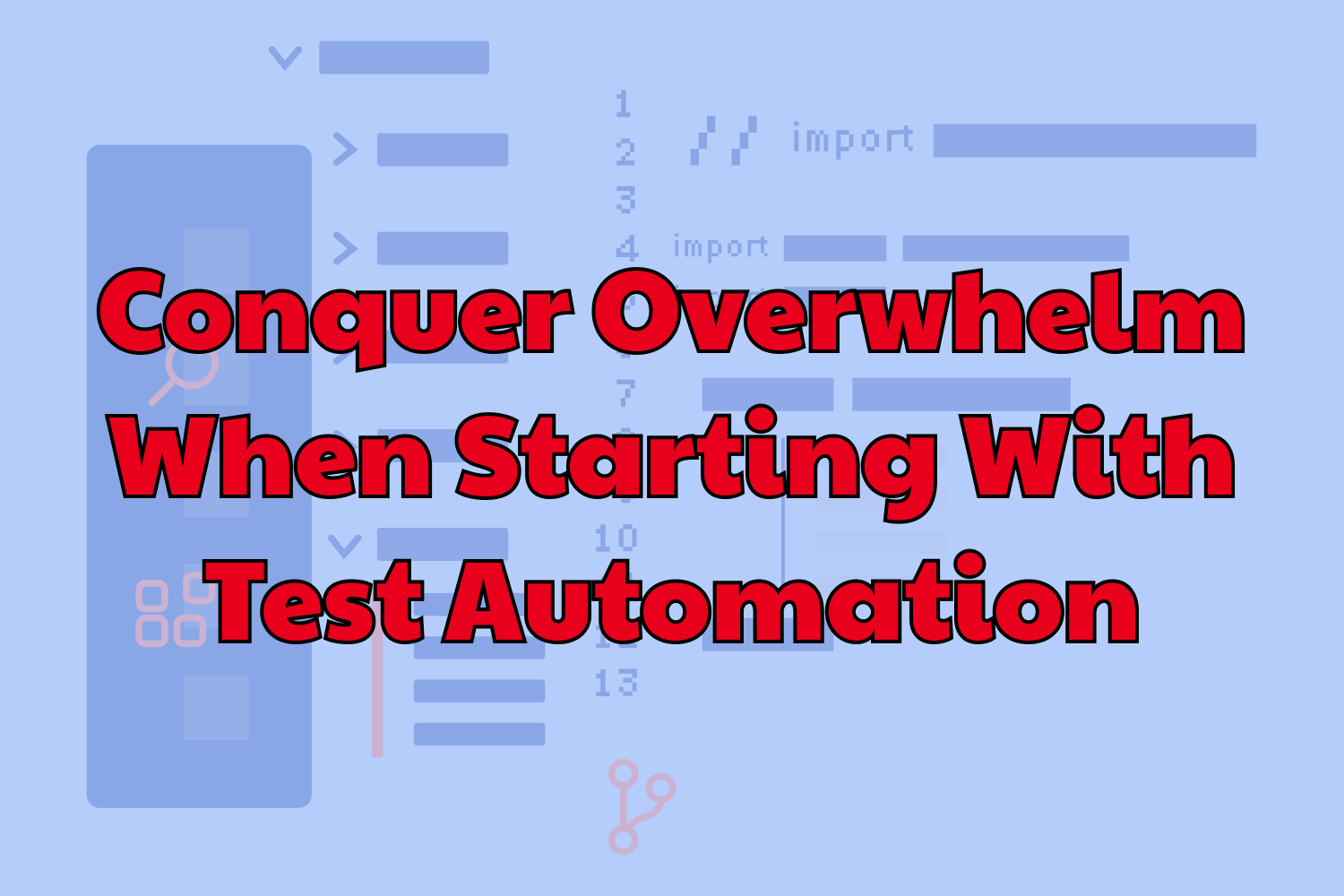 Adding automated testing when all you've done is manual testing is overwhelming. Here are a few ways to make the initial push go smoothly.